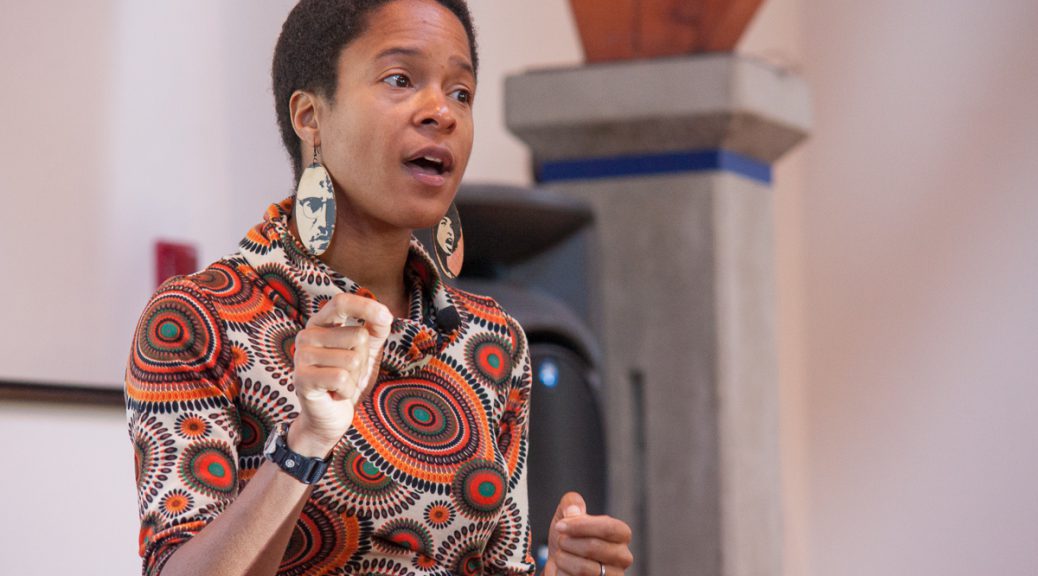 Black vegan feminist writers Aph and Syl Ko have explained that it’s important to celebrate black life, not just mourn black death. This is part of the motivation behind Black Vegans Rock. While Aph has been updating the web site, Facebook page, and Twitter on a daily basis since we launched in January, I’ve been updating our Instagram page for the last few weeks. It’s great amidst all the violence and anger in the world to see positive, photographic representation of black folks celebrating food, animals, and each other.

Another way I’ve been helping celebrate living black people is to improve coverage of us on Wikipedia. While anyone can create a profile on Instagram, Facebook, or Twitter easily, Wikipedia has higher standards and barriers to entry and participation. I’ve written before about issues concerning sexism, racism, and cissexism on that platform. On Wikipedia and in this blog, I am focusing my writing and photography on people other than cisgender white men.

So in the last two months, I have created new articles for the following black folks:

I’ve also made significant improvements to the existing articles for:

I’ve also contributed images to Wikimedia Commons for Harper and Rhue, as well as opera singer Breanna Sinclairé and several other black LGBT and anti-racist activists.

On Ajamu Baraka: When I read last night that he had accepted Jill Stein’s offer to be her running mate, I immediately searched for his name. I found a brand-new Wikipedia page with about five sentences on it. This is a man who has been campaigning actively for human rights for decades, and served on the boards of numerous organizations, including Amnesty International. Why did he not have a Wikipedia page before now?

The collaborative—and sometimes combative—nature of editing Wikipedia can be a frustrating experience, but it’s very important to me because Wikipedia entries figure so prominently in Google and other search engine results. Just as I don’t want a young non-binary trans person to search for information about their gender and find a vandalized page stating that they are mentally ill, I don’t want journalists and voters to search for information on the new Green Party VP candidate and find inaccurate, misleading, or outright racist content.

If you have the time, you too can help improve Wikipedia. There are numerous local meetups and edit-a-thons that welcome and teach new editors. Help make this online encyclopedia more truly representative of the diverse world we live in.