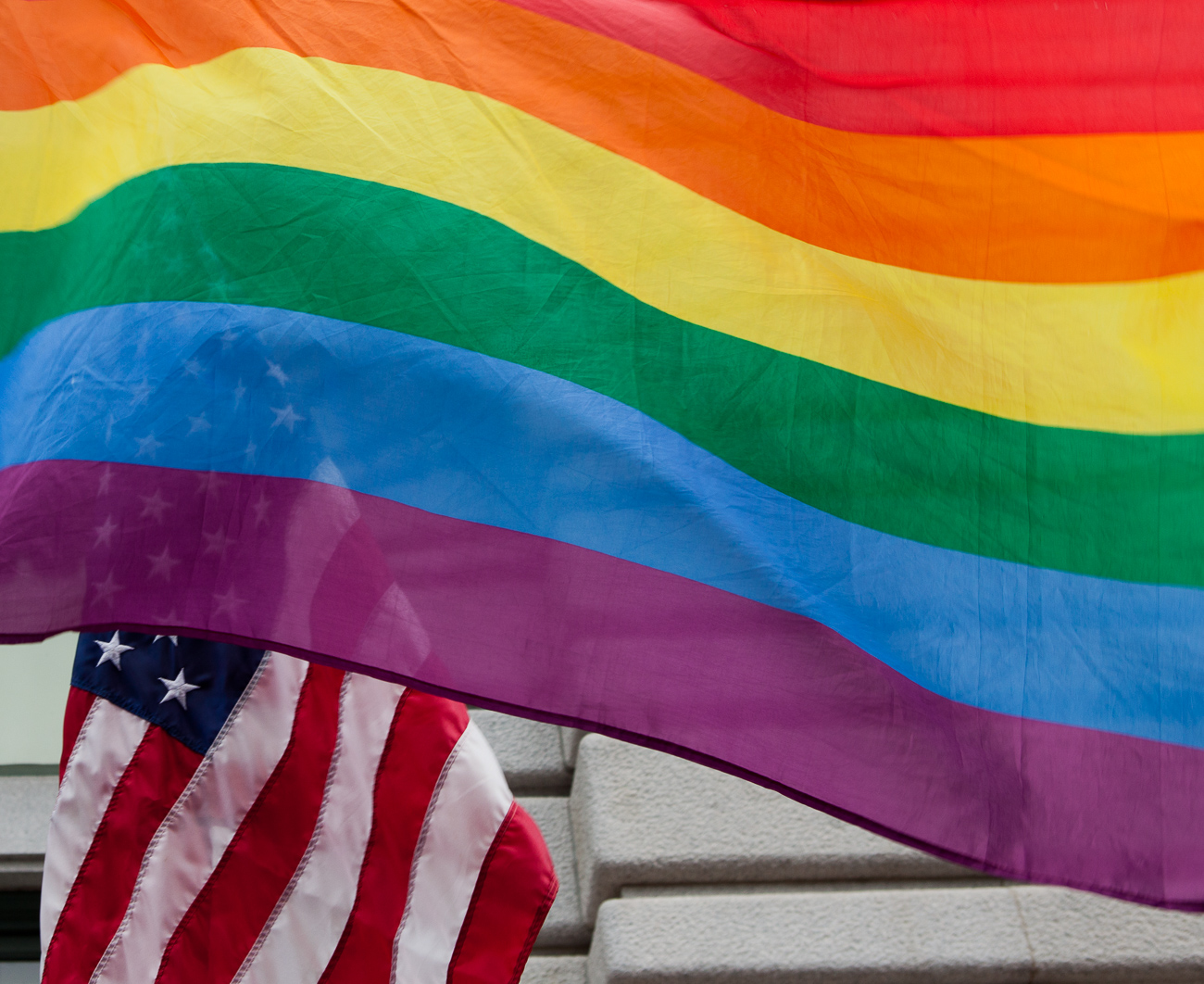 [Image: A rainbow flag partially covering the flag of the USA.]

Yesterday I watched the official livestream of the Republican National Convention, while reading the coverage and commentary in The Guardian as I had for the previous three days. I turned the sound down for some of it, turning it back up to hear the cover band.* I have to admit that the music was excellent, despite my disgust at hearing songs by queer and black artists who would likely not be supportive of the Republican platform.**

The display of “cosmetic diversity” continued, with black, Asian, and gay Republicans attempting to show how wonderfully tolerant this party has become. Pastor Mark Burns, a black televangelist, led the crowd in a rousing chant of “All Lives Matter.” Korean-American Dr. Lisa Shin extolled the beauty of legal immigration and the American dream. Peter Thiel, a white cisgender male billionaire, told the audience that he was “proud to be gay“, and of the controversy over trans people using public restrooms, said “Who cares?”

Well, I care quite a bit, especially as I am still often misgendered as female. Ted Cruz, who thinks trans women are perverted men in dresses, also cares quite a bit about this issue, which is likely one of the reasons why he didn’t endorse Trump (who has flip-flopped around the subject). Should I be grateful that the RNC allowed a (wealthy white cis) gay man to openly disagree with their anti-LGBT platform at their convention? This is a crumb, a mere gesture, not true progress.

In his acceptance speech, Donald Trump quite awkwardly referred to the “LGBTQ community”. He did so in reference to the Orlando massacre, calling the 49 victims “wonderful Americans.”  He did not speak the name of a single one of those people, however, reserving that honor for a young woman who had been killed by a “border crosser”. He only promised to protect our “LGBTQ citizens” from “hateful foreign ideology,” using the murder of queer people of color as a prop for his Islamophobia.

Trump appeared to express genuine gratitude to the Republican audience for applauding his lines about the LGBTQ community. But again, these are mere crumbs, not real progress. If those Republicans really cared about our community, they would speak out against the many murders of trans women of color, whether or not those women were killed by “Islamic terrorists”. Of course, if they genuinely wanted to support our community, they wouldn’t be Republicans at all, not that the Democrats are doing much better in securing us equal rights in anything other than marriage. (Should I, a pacifist, really be grateful that openly trans people can now serve in the military?)

I found it interesting that, according to the Guardian, the term “LGBTQ” was the top trending search on Google last night. I’m reminded of what a bubble I live in when I see how many people are not familiar with that acronym. Granted, there are many variations on the term, but for those unaware, that configuration of letters stands for “lesbian, gay, bisexual, transgender, and queer/questioning”. The awkward way Trump pronounced it indicated he might not even know what all of those letters mean himself. Or perhaps his speechwriters wanted to avoid alienating his evangelical supporters—whose support, Trump actually admitted, was not entirely deserved—by uttering the word “transgender”.

Regardless, though there are certainly transgender Republicans—Caitlyn Jenner being one of the most prominent—this party most definitely does not represent our interests in any way, shape, or form. Queer folks and cis people of color are only welcomed by the GOP if they practice respectability politics. Those politics were on prominent display throughout the Republican convention. And I fully expect to see more of them at the Democratic convention later this month.

*Guitarist and bandleader G.E. Smith, who I knew well from his days with Hall and Oates and Saturday Night Live, said of the 2012 Republican convention that he was not political and it was just a job to him; this year’s event was likely the same. I personally think this mindset is irresponsible for a prominent (and very likely financially secure) artist to take.

**From what I understand, organizations often license songs in packages from publishing companies for events like this. Whether artists can opt out of these arrangements isn’t clear to me.

2 thoughts on “The LGBTQ and The Donald”