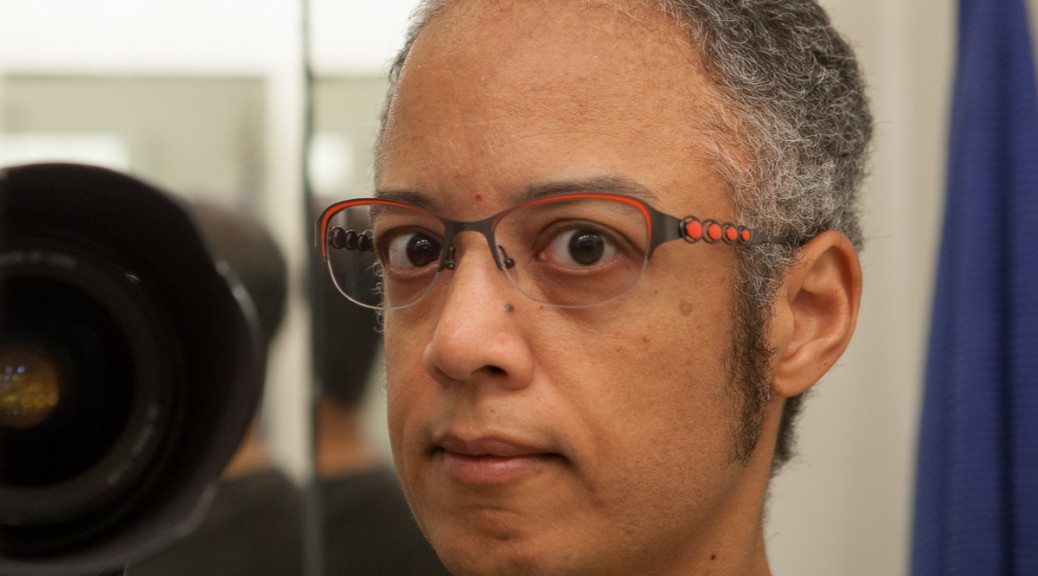 Today I went to Optical Underground in San Francisco to pick up the new eyeglasses (pictured above and also on Flickr) I ordered last week. I got my previous frames there nearly three years ago, before my legal name and gender change, and was overdue for an eye exam and new prescription.

I like OU because they don’t separate the frames into men’s and women’s sections. Eyeballs have no gender, at least as far as I’m concerned. I chose these frames because they were in my favorite color combination—red and black—and were relatively inexpensive. Though out of curiosity, I looked up the brand and model number when I got home, and found out that the manufacturer apparently does consider these to be a women’s style. This story so far would be unremarkable, except for the fact that when I went to pick up the glasses, I was yet again misgendered as female. As soon as I entered the shop, a friendly woman at the counter greeted me and asked if I was picking up frames. I said yes, and she asked a co-worker to get frames for “her” (as she was in the middle of helping another customer). I responded “Actually that’s ‘him’ – I’m a guy,” with an apologetic, nervous laugh. She smiled broadly in response; I’m not sure if she actually heard me, or perhaps wasn’t sure how or whether to apologize. I wasn’t angry with her for making an honest mistake. But, as always, it put a damper on my day.

As I’ve written frequently, I don’t normally have the energy to explain being agender during one-off encounters with strangers, so I’ll settle for being addressed as a man. But I will not stand for being addressed as a woman, and it really irritates me how often that still happens after over two years on testosterone therapy. I’m beginning to think that if I never manage to grow a full beard, I might have to live with this for the rest of my life. There simply aren’t any further modifications to my appearance or mannerisms I’m willing to make to mimic the persona of a gender I don’t even fully identify with to begin with.

I’m realizing that not being able to pass as a cisgender man or woman is probably one of the main reasons some trans people de-transition. Conservatives and TERFs (trans-exclusionary radical feminists) like to point to detransitioners as supposed proof that transitioning is harmful or ineffective, but it is our cissexist society that makes it impossible for some people who don’t conform to binary notions of gender appearance to fit in.

As much as I dislike my biweekly testosterone injections, I can’t imagine ever going back to having an estrogen-dominant body, but realizing I might never pass as a cis male is one of the many reasons I’m reluctant to have top surgery. My chest was fully covered up most of the times I was misgendered recently, so my breasts aren’t likely what’s causing the problem. Even if I wanted to just say fuck it and go back to wearing the low-cut tops I prefer, since I’ll likely be misgendered regardless, I couldn’t do so without compromising my safety.

Anyway, at least I have new glasses, and have confirmed that my eyes are still reasonably healthy. It will be interesting to see if I get misgendered even more now, with these new frames. Though I’m honestly not really looking forward to finding out.

3 thoughts on “Not seeing eye to eye”