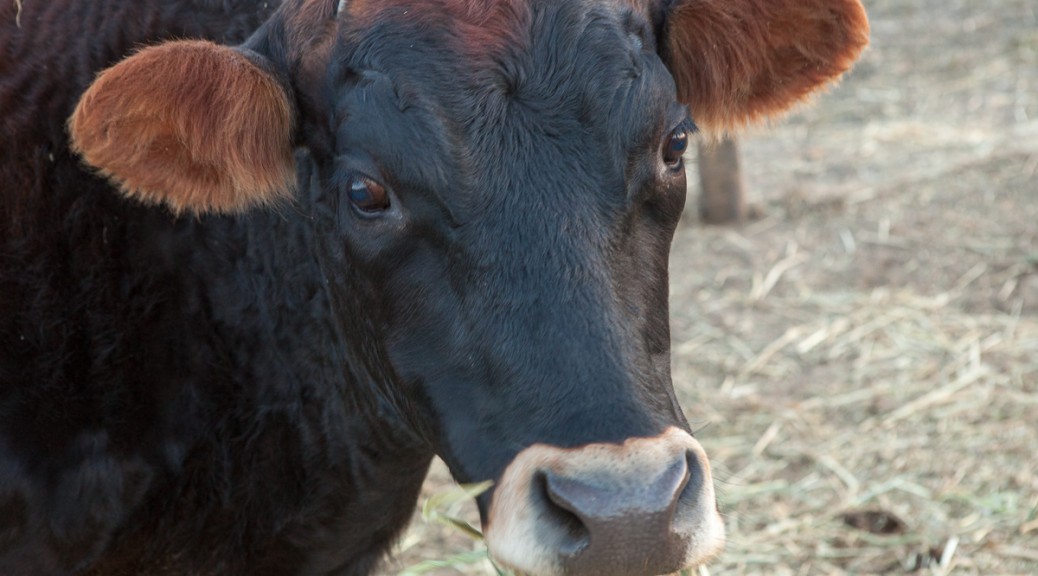 [Image: The face of Brahma, a steer with dark and reddish-brown hair.]

Sometimes I feel that my entire adult life has been a process of unlearning all the lies that I was taught as a child. As I wrote yesterday, I was ignorant of the pervasiveness of racism for a long time, despite being black myself. There are powerful systems in place in the USA to ensure continued white supremacy, and part of that is convincing everyone, including black folks like myself, that we live in a post-racial society, where everyone can be happy and equal regardless of skin color.

This is a lie. We do not live in a color-blind society. Never have, and never will. Having white skin is a privilege, independent of any other factors. Denying it by saying “Not all white people” is an attempt to bury the reality that yes, all white people benefit from white supremacy.

The defensive response of “not all white people” also gives the person responding an “out” to assure that the charge of racism isn’t being levied against them. Society’s protection of white fragility ensures that the supremacy continues.

In parallel, there are powerful systems in place to ensure people that we need to eat animal products for good health, and that farmed animals are happy, well-treated, and willing to give their eggs, milk, and their very bodies up for human consumption.

These are also lies. The American Dietetic Association stated over ten years ago that a vegan diet can provide appropriate nutrition for humans of all ages. But even though many now accept this nutritional wisdom, most continue to believe that eating meat, dairy, or eggs is simply a personal dietary choice. Even calling an animal’s flesh “meat” sugarcoats the reality that it is someone’s body that is being eaten.

For those who do claim to care about animal welfare, the defensive response of “not all farmed animals” when confronted with the horrors of animal agriculture buries the reality that yes, all farmed animals suffer, and no, none of them consent to having their milk, eggs, or bodies taken from them. This is true whether on a “factory”, “organic”, or “free-range” farm, or even in a backyard. The Peaceful Prairie Sanctuary exposes this humane myth.

A. Breeze Harper of Sistah Vegan Project illustrated these parallels in her blog yesterday, also emphasizing that, as I’ve also written, white vegans need to pay attention to racism. Most black folks are insulted at being compared to animals, and this is totally understandable, as we have been treated as less than human by white people for centuries. As Christopher-Sebastian McJetters has written, we need to compare like systems of oppression without appropriating the struggles of oppressed humans. And always keep in mind who has the power. A black person describing animal agriculture as slavery has a very different impact from a white person doing so, especially when addressing a black audience.

Dismantling the lies we’ve been taught can be painful, but also empowering, because now we can do something about it and educate others. Just as you can fight racism without attending BlackLivesMatter rallies, by calling attention to racist language and oppression whenever you hear it, you can fight speciesism without participating in an organized disruption. You can start by speaking out – to your friends, to your family, in person, on social media – when you see animals being exploited for food, clothing, entertainment, or other purposes.

Going vegan is a powerful rejection of speciesism, but is not currently possible for everyone, and not the only way to help achieve animal liberation. Those who genuinely cannot commit to a plant-based diet due to homelessness, incarceration, or other circumstances can still speak out against the system of oppression, in situations where it is reasonably safe for them to do so. An article by DxE activist Zach Groff tells the story of a homeless man who spoke out at a disruption, despite the fact that he still ate animals.

Many will read this and similar essays, shrug, and continue on as before. This is exactly what the oppressors want. The status quo is rewarded. But the harm is real and will continue, with or without sugarcoating, until we stop believing the lies and take action.