[Image: Pax runs in a race in San Francisco, with the Golden Gate Bridge in the background. Photo by Ziggy.]

Today’s post on Medium, “Running for the Birds“, is about running and depression. 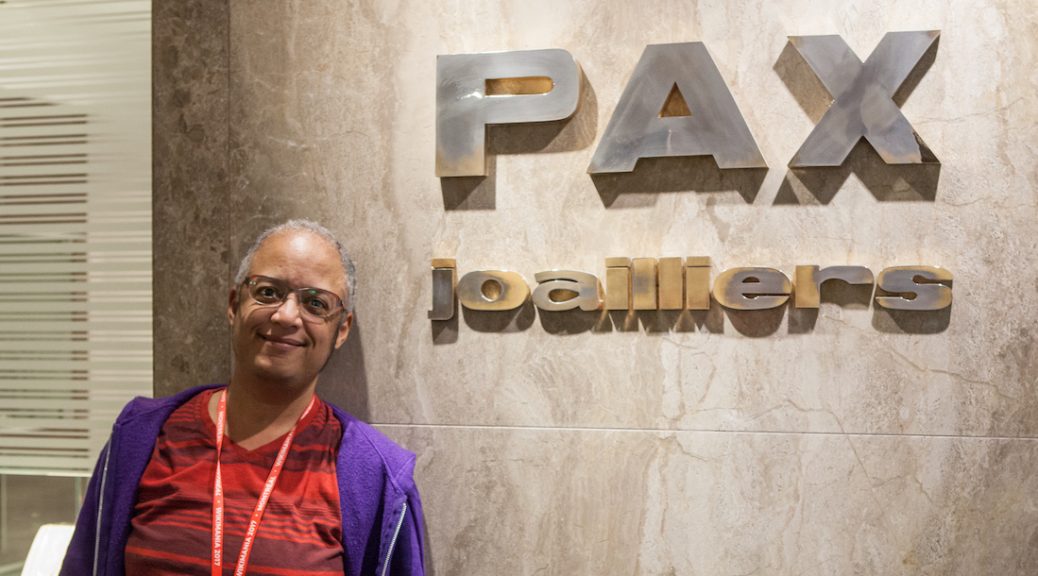 [Image: Pax stands next to a logo of a jeweler in Montréal that bears their name. Photo by Ziggy.]

Today’s post on Medium, “Bandersnatch and the Paxman“, shares thoughts on gaming, personalization, and the 1980s after watching “Black Mirror: Bandersnatch”. (Contains some spoilers for that episode, which was released yesterday.) [Image: Screenshot from Duolingo with a golden trophy and the headline “You’ve conquered the Spanish skill tree!”]

Today’s post on Medium, “Duolingo and my history of lazy Spanish practice“, is about my history of learning Spanish and other languages on Duolingo and with other methods. This story is for Medium members only, but non-members get three free stories a month, and my Patreon supporters get access to exclusive drafts. 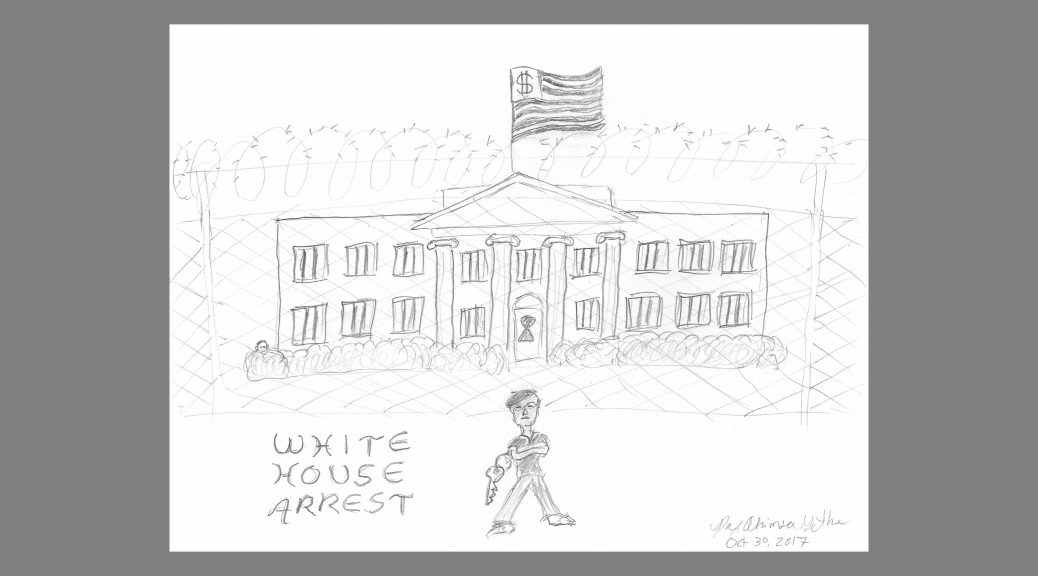 [Image: Crude drawing of the White House, with barred windows and a barbed wire fence in front.] I’ve been avoiding Facebook for about ten days now, and am in no hurry to go back. In that week and a half, I’ve been continually prodded by Facebook to return. When the system first realized I’d been inactive for more than a day, it e-mailed me status updates from people on my friendslist. Then it sent me a list of “people I may know.” There was at least one other similar, unsolicited notification.

I opted out of those lists, but chose to keep having event invitations and messages sent to my e-mail in case anything really important came up. Though I posted publicly on September 23 that I was going to be away from Facebook for a bit and that people could e-mail me with anything urgent, I realized that most people would assume I’m still checking my Facebook messages.

I really don’t like how ubiquitous Facebook has become, replacing e-mail and text messaging for so many people. E-mail has been my preferred form of communication since I first started using it back in 1989 or thereabouts. I’ve never felt good about trusting something so important to me to a “free” service, especially one like Facebook.  I do use Google’s services for my calendar and contact list, I’ll admit, as I enjoy the seamless syncing to my Android phone. But my e-mail and web sites have been hosted by pair Networks, a company I’ve found very trustworthy and reliable, since 2003.

As for text messaging, I use that primarily for very short communications with my spouse, along the lines of “on my way home” or “do you need anything from the store.” I definitely prefer texting and e-mails over phone calls, but neither need nor want any Facebook apps installed on my phone for these purposes. I have a great plan with Ting where I only pay for the texts, data, and minutes that I actually use. If I became unable to afford the ~$20-$30/month I’ve been paying for Ting, I’d be more likely to turn to Google Voice than Facebook for my texts and voice calling needs.

This isn’t to say that I think Google is the harmless company they’ve advertised themselves to be either. I’ve been avoiding Google Plus for much longer than Facebook; I really don’t like Google’s forced integration of that site into their other products. I’ve also been using DuckDuckGo rather than Google for most of my web searching. But at least Google doesn’t enforce a “real names” policy like Facebook continues to do.

In any case, I’d been spending entirely too much time on Facebook, getting into long discussions  that were sometimes productive and enlightening, but too often contentious and stressful. I started this blog specifically because I prefer longer-form writing rather than the quick blurbs that Facebook encourages. I’ve found Medium to be a better fit in that regard, but I still prefer my own blog, as I am solely responsible for the content here.

Unfortunately, since I haven’t been posting new blog entries to my Facebook profile, my visitors here have dropped off. I expected this, and while disappointing, it’s OK, because I am not depending on this blog for my livelihood (though I do accept tips). I’ve resisted making a dedicated Facebook page for this blog specifically because I am a person, not a product or brand. I’m co-manager of several Facebook pages that are in various stages of dereliction, and I’m constantly getting prompted to update them and to buy ads. I realize that’s just part of the deal for getting unlimited use of a “free” service, but I don’t have to buy it.

I’m not deleting my Facebook account, and I fully expect to resume posting there eventually. But not yet. This unplugging is a good thing. Facebook does not own me or my content; I work only for myself.