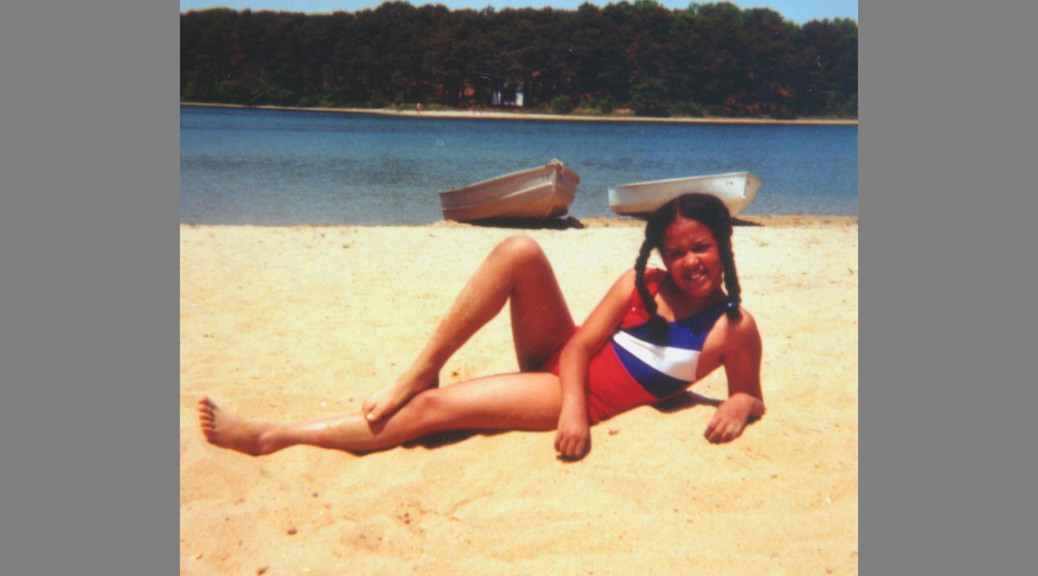 [Image: The author at age 10, wearing a one-piece bathing suit and lying on a beach.]

After posting yesterday’s blog entry, I edited it to add a brief mention of David Bowie’s death. I did so because of his gender presentation, not because I’m a fan, though I have enjoyed some of his music; here’s a (pre-transition) video of me playing bass on an amateur performance of Moonage Daydream.

As touched on in the blog post I linked to, Bowie’s legacy is controversial; the author suggested reading a great piece called “How to be a fan of problematic things.” The problematic thing that’s the focus of my post today is Bowie’s encounter with a 13-year-old* girl, which, depending on who you ask, was either consensual sex or rape.

As a victim of childhood sexual abuse, I have strong feelings on this subject. (Please read my post on victims and survivors, which also discusses some details of what I experienced, if you’re tempted to criticize my choice of terms or accuse me of “playing the victim.”) My opinion is that in modern Western civilization – and I’m including Bowie’s entire lifespan in this definition of “modern” – a thirteen-year-old is a child, and a child cannot consent to having sex with an adult. A child is not capable of making adult decisions.

My sexual abuse occurred before that age. I did not consent – enthusiastically or otherwise – but I did not resist, either. I was annoyed by my abuser repeatedly waking me in the middle of the night, exposing himself, and putting my hand on his genitals. But I did not cry out or tell him to stop. I was a child. He was an adult member of my extended family. I did not know this was wrong.

The one time I did cry out was when – in the middle of the day, with no one else around – he lifted me in his arms to carry me into the bedroom. He quickly reassured me that he “wouldn’t hurt me for the world.” I believed him. I was a child. I did not know any better.

By the time I reached the age of Bowie’s victim, I had told another family member about the abuse, and was no longer allowed to be alone with my abuser. I was encouraged to get therapy. But I did not want to talk to a therapist about that subject, because I had a lot of other problems that I thought were more pressing, and did not want all my sessions to focus on something I didn’t consider important. My refusal to take the abuse seriously was later thrown back in my face as an adult, when I experienced delayed trauma from what happened to me. But at the time I resisted the therapy, I was a child. I did not know any better.

Even more importantly, my abuser never faced any consequences. At the very least, he should have been required to publicly admit that he sexually molested a child, and have mandatory reparative therapy to decrease the chances of him hurting others. But he – an educated, financially comfortable, successful white man –  was considered a “good person,” independent of what he did to me, and went to his grave without accounting for his actions (other than a half-hearted “sorry if I bothered you” excuse he made to me as a teen, which I accepted, because again, I was a child).

When I call for public accountability, it really angers me to know that people are often more concerned about an abuser’s life or reputation being ruined than about the well-being of their victim. I seek justice and prevention of further abuse, not revenge. But I don’t need to express sympathy for abusers or oppressors, no matter how many others consider them to be “good people.”

I’ve said it before and I’ll say it again: I don’t believe people are good or evil. We are all flawed. Each of our individual acts has the potential to cause more or less harm, and ignoring harmful acts just because a person also did beneficial acts is inexcusable. I don’t care if someone sells a million record albums or discovers a cure for cancer; if they harm a child, they need to be held accountable for it.

I also don’t believe in unconditional love. With the possible exceptions of therapists and spiritual advisors, telling a victim to love their abuser is itself an abusive act. I say “possible” exception because advisors are still humans, and some of them have been known to take advantage of vulnerable people in their charge. Regardless, the only person who can forgive an abuser – or oppressor –  is the person who was abused. No one else.

I’m posting this not to seek sympathy or advice. I specifically and emphatically do not want to hear from anyone in my immediate birth family in response to this essay (or in any other form). I simply want adults to stop taking advantage of children, no matter what the social circumstances are. We need to dismantle rape culture with honesty and transparency.

* Addendum: I’ve seen various articles state that the girl was 14 or 15, not 13. My opinion stands regardless.

9 thoughts on “Children and consent”